Due to his tight training regimen, Bruce Lee was able to perform numerous feats of physical agility, speed and strength.  Many of these have never been seen since his reign as top martial artist of all time.
His exceptional speed allowed him to grab a dime out of a person’s open hand before he could close it.  In true Bruce Lee fashion, he would leave a penny behind in the person’s hand.  His reaction times and speed of punches were estimated at 5/100’s of a second from three feet away, and 8/100’s of a second from five feet away.
Bruce was able to perform pushups one-handed by using only his thumb and index finger, and could do 50 one-arm chin-ups.  He was able to slowly extend his arms while holding a seventy five pound barbell from his chest, lock his arms, and hold the barbell in place for several seconds at a time.  The strength of his legendary kick would send a 300 pound bag upwards to the ceiling with enough force to bounce off the ceiling.  Bruce Lee was known to hold an elevated-V position for over thirty minutes at a time.
At any given time, Lee’s waistline stayed between twenty six and twenty eight inches due to his abdominal workout focus and his eye on nutrition.

The Importance of Nutrition in Lee’s Regimen
Lee began to shift his focus to the importance of good nutrition in his lifestyle.  His food choices followed the ancient Chinese Medicine form of diets, which state that eating the wrong foods provides the “wrong fuel” and would make the body perform badly.  He avoided baked goods and sugary foods and ate fruit and green vegetables daily.  Bruce also preferred the variety of some of his native Chinese foods, such as tofu steak and liver, and beef in oyster sauce.  Lee would make his own juices in a blender, consisting of celery, carrots, apples, and other fruits and vegetables.  He was especially fond of carrots, which could make up to nearly half of these juices. He felt that most of the vitamins were lost when vegetables were cooked.   He had enjoyed protein drinks and tried to drink at least two per day; these would contain wheat germ, peanut butter, brewer’s yeast, Inositol, Lecithin, banana and non-instant powdered milk.  Later, he discontinued drinking these in favor of his own juices.
Lee hated dairy products, but he understood the importance of eating dairy for his goal of lean muscle growth.  He would eat milk only in a powdered form, and only as part of his protein drinks and juices or on cereal.  He preferred to gain his nutritional levels through supplements like Vitamins C and E, Lecithin, rose hips, Acerola-C, Shilajit, and B-Folia.  Lee would further drink royal jelly and ginseng; the combined B-Complex vitamins and amino acids allowed for improved circulation, decreased recovery time and a boost in energy.  He enjoyed black ta sweetened with honey or with sugar and milk.  Bruce felt that several smaller meals a day were better than a few large ones, and would eat healthy fruits and vegetables raw throughout the day which provided him needed carbohydrates for fuel. 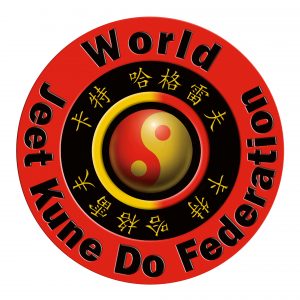